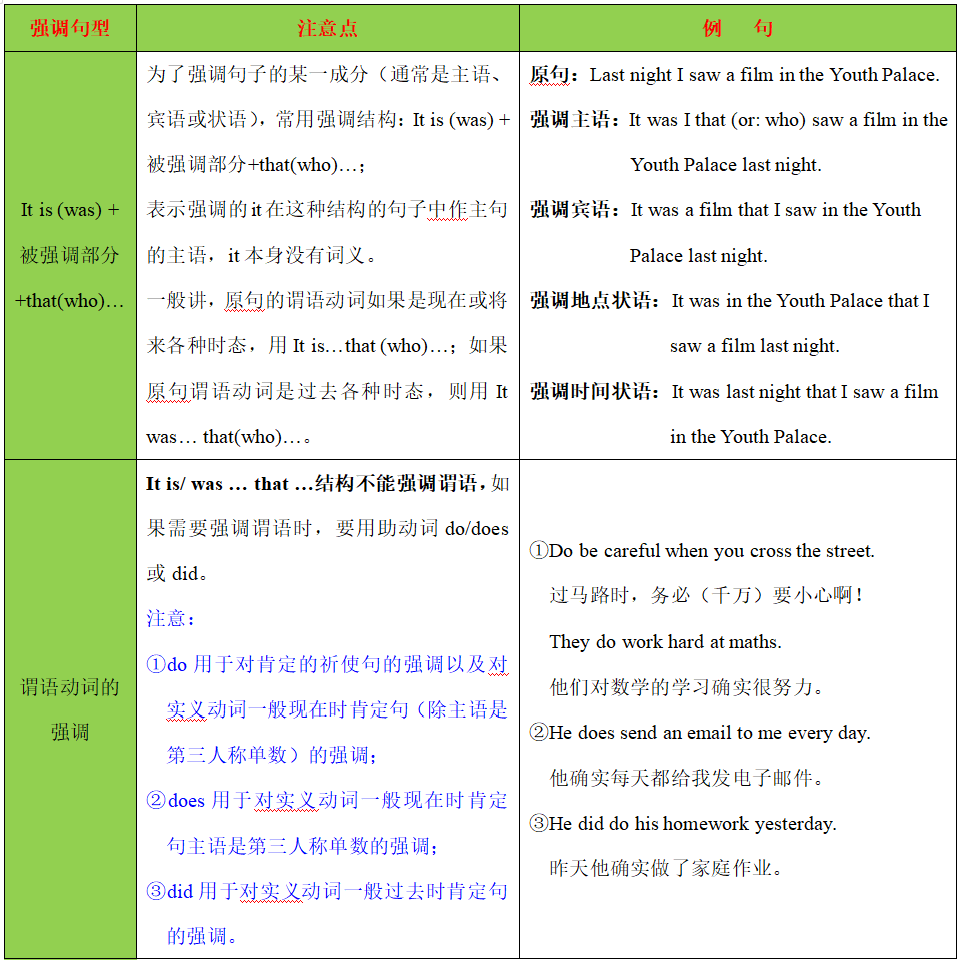 Was it Tom that found your pen in the classroom yesterday?

Who was it that found your pen in the classroom yesterday?

It was my brother (that / whom) you saw the other day.

As she got up late, she missed the first bus. 变为：

It was because she got up late that she missed the bus.

He didn’t realize his mistake until the teacher had told him. 变为：

It wasn’t until the teacher had told him that he realized his mistake.

It was in the library that I saw her yesterday. 我昨天正是在图书馆见到她的。

3.It was the culture, rather than the language, _________made it hard for him to adapt to the new environment abroad

How is it that you usually go to work? 你通常是怎样去上班的?

His father didn’t come back from work until 12o’clock. = It was not until 12 o’clock that his father came home form work.

1.Bach died in 1750, but it was not until the early 19th century____ his musical gift was fully recognized.

It was March 1 when I had my hair cut. (后面是定语从句)

判断是否是强调句，可采用还原法。如果还原为一般句式后，句子各种成份完整，则是强调句。否则不是。如第一句可还原成：I had my hair cut on March 1.

3. It was only after he had read the papers  ________  Mr. Gross realized the task before him was extremely difficult to complete.

8.It’s more than half a century ________ my grandfather joined the Party and became a servant to the people.

When I look at this picture of myself, I realize of how fast time flies. I had grown not only physically, and also mentally in the past few years. About one month after this photo was took, I entered my second year of high school and become a new member of the school music club. Around me in picture are the things they were very important in my life at that time: car magazines and musical instruments. I enjoyed studying difference kinds of cars and planes, playing pop music, and collecting the late music albums. This picture often brings back to me many happy memories of your high school days.